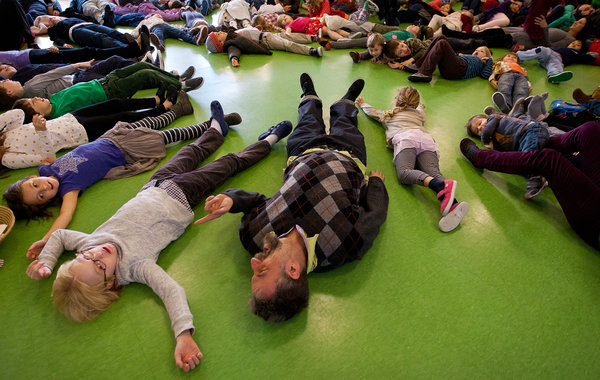 LAST month, two kindergarten classes at the Blue School were hard at work doing what many kindergartners do: drawing. One group pursued a variation on the self-portrait. “That’s me thinking about my brain,” one 5-year-old-girl said of her picture. Down the hall, children with oil pastels in hand were illustrating their emotions, mapping where they started and where they ended. For one girl, sadness ended at home with a yummy drink and her teddy bear.

Grappling so directly with thoughts and emotions may seem odd for such young brains, but it is part of the DNA of the Blue School, a downtown Manhattan private school that began six years ago as a play group. From the beginning, the founders wanted to incorporate scientific research about childhood development into the classroom. Having rapidly grown to more than 200 students in preschool through third grade, the school has become a kind of national laboratory for integrating cognitive neuroscience and cutting-edge educational theory into curriculum, professional development and school design.